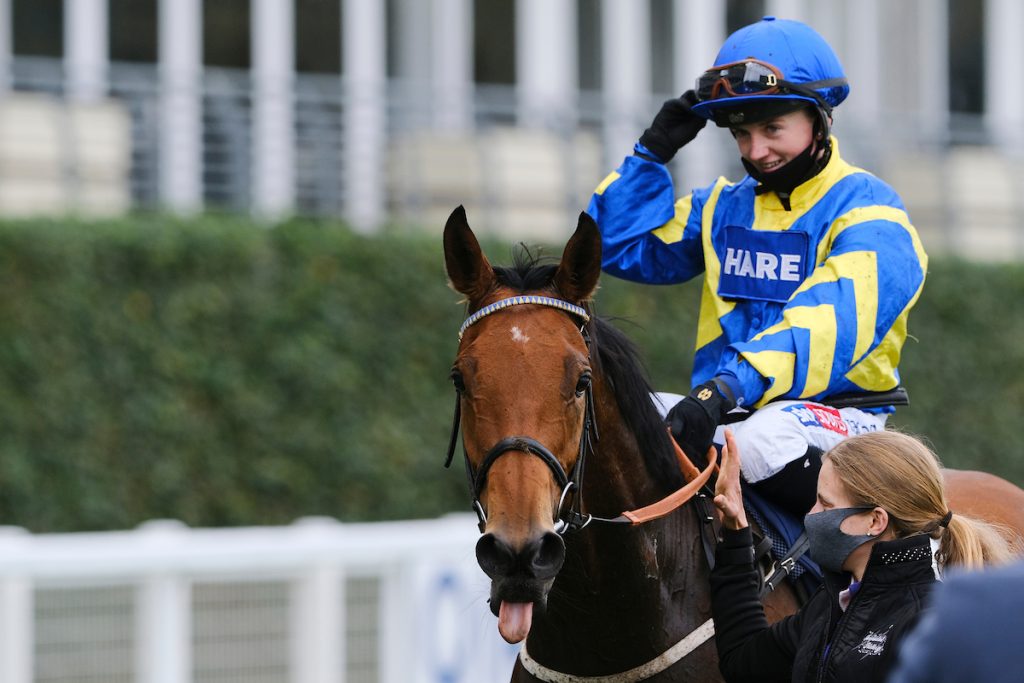 The four-year-old travelled strongly throughout the two-mile contest and moved up smoothly to challenge for the lead a quarter of a mile from home. After swooping to take up the running entering the final furlong, the result was never in doubt with Trueshan lengthening impressively to score by seven and a half lengths from Search For A Song.

The 11/10 favourite Stradivarius was under pressure before the home turn and came home 12th of the 13 runners.

A delighted Hollie Doyle, who becomes the first woman jockey to win a race on QIPCO British Champions Day, said: “That was incredible; he has given me some feel there, I travelled all over them. I had Stradivarius on my inside, he came off it probably three-and-a-half/four down.

“He doesn’t like being crowded, so I switched him at the three pole and the further I went the better.

“This is a proper horse. I rode him on his first two wins and have always liked him, but I am not going to lie, I didn’t realise he would be up to G2 level like today.

“I have to pinch myself really, that was absolutely amazing. I rode Trueshan at Wolverhampton when he won and it was a bit of a surprise, and then he went and bolted up at Ffos Las. I haven’t been on him since as I haven’t been able to ride him, but I am really grateful to the owners and Alan for putting me back on him today. It was great.

“He was almost over-travelling with me, I had to stay out a bit wide for the first three furlongs and luckily I managed to slot in and get a nice position upsides Stradivarius. The further I was going, the better and he was tanking me – he went through the ground like a tractor, he loved it!

“The pace was reasonable but Trueshan was over-travelling, it felt like we were hacking round. Probably three and a half, four down, Stradivarius came off it, but he can do that sometimes, so I didn’t think too much of it. I switched my fellow around horses because they said he didn’t like getting too crowded in the Ebor. When I pushed the button, he responded. It is testing. It’s wet, heavy ground and it’s hard work.

“I am really happy people are seeing me as just a jockey and not a female jockey. Shout out to Alan King because he is some trainer.”