Marquand brings up double in finale 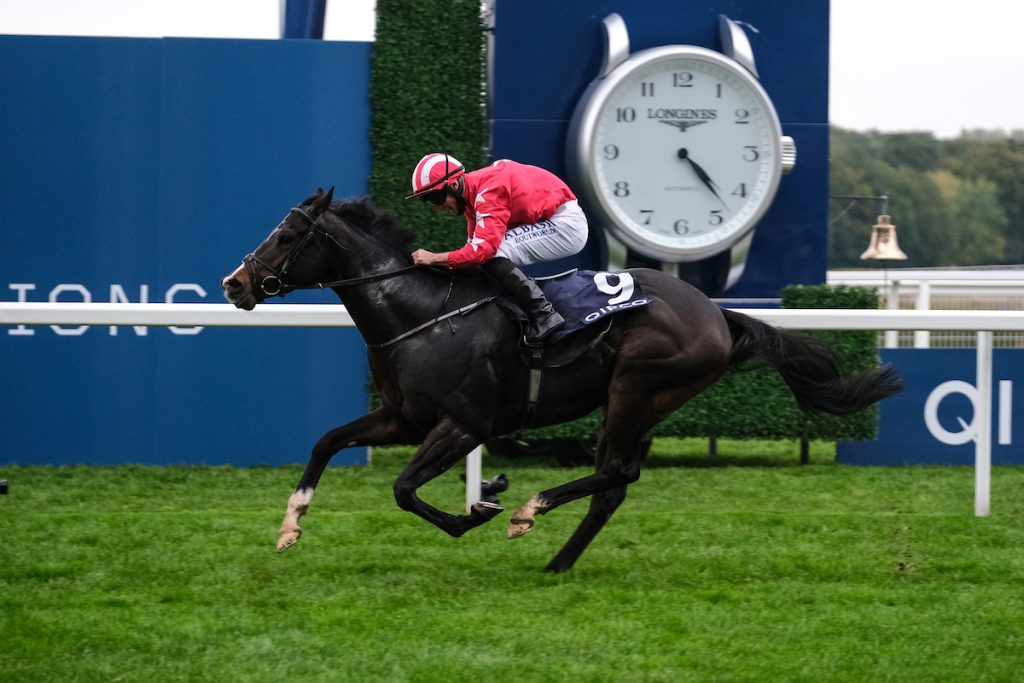 The concluding contest on QIPCO British Champions Day, the Balmoral Handicap (Sponsored by QIPCO), saw Tom Marquand bring up an 84/1 double as he partnered Njord to a comfortable success for Irish trainer Jessica Harrington.

Njord’s success meant that QIPCO British Champions Day in 2020 finished with two successes for Marquand and his girlfriend Hollie Doyle.

The couple spoke together after the last race:

Hollie: “It was an incredible day for us both. It was great for Archie [Watson] to bag a first G1 winner, and it was a first G1 for me as well. On paper it was a very good book of rides, but Tom kept saying everything has got a chance, it’s whether you get a bit of luck or not, and luckily, we both did.

“Tom was pretty laidback in the car this morning – it was a normal day for him. I’m a bit more of a form guru and a bit more tense than him, but we don’t really talk about it that much.”

Tom: “Everyone saw the emotion on William [Haggas]’s face, which you don’t see that often, which shows what an incredible feat it was, to play that risky game in taking a horse to Australia, and it paid off. He means so much to everyone at Somerville Lodge, I can’t stress that enough, he literally stands in pride of place in his box and everyone adores him.”

Hollie: “We live a pretty normal lifestyle outside racing, which probably surprises everyone.”

Tom: “She was recognised by a taxi driver the other day! But we pass as children normally…”

Tom: “We are so lucky to have QIPCO behind days like this, because this year the prize-money has been a well talked-about topic and to come to days like this when horses are getting the prize-money they are deservedly racing for – we’re lucky we are on the winners today, but regardless of that, fair play to QIPCO and I hope it doesn’t go unrecognised.

“I have booked a place up the road for us for dinner tonight – I hope it’s alright!”

Speaking about Njord’s success, Marquand said: “Success makes everything feel a bit easier and I guess, as many sportspeople will tell you, confidence is the key to having more success. I guess that is probably a prime example of it.

“Jessica sent him over and he is in good form. He has run a few big races and both she and Shen Foley said that he would absolutely love the ground. I actually took a pull on him at the two-pole because I thought I was going to get there too soon.

“Fortunately, with races like that, luck was on our side. We were drawn over on the right side with the favourites and it fell absolutely perfect for him.

“Jessica booked me for her lighter horse in the race and he ended up not running and I ended up landing on this lad. She has sent over good few runners this year and I have been really lucky to be sat on them. I have to thank her for the opportunities because we have had a little bit of success without striking. She is an incredible trainer – she has sent over a Champions Day winner, so well done to her and the team.”

Non-Runners: Keats, Tempus R4: Keats and Tempus were withdrawn. Prices at time of withdrawal & 6/1. Rule 4 applies to bets struck prior to withdrawal but not to SP bets – deduction 10p in the Pound. New market formed.